OK Feel obliged to at least offer a little run through of who I am and how I got here - though if you’ve read any of the rest of the site then you’ll have a fairly good idea of what I’m like.

I was born in Leigh, Lancashire, nearly a whole year before Buddy Holly died. Doubt if many people noticed. All of Great Britain was glued to the radio, desperate for the latest update, or pouring over newspapers time and again, hoping that none of it was true -  maybe. The thing about disasters is that we onlookers are all somehow entertained whether we would want the terrible thing to have happened or not. We are fascinated by the drama, we dwell on the details, we question the choices and deeds of the players. If only that port engine had worked properly first time round; if only Captain Thain had given up after the second attempt; if only it hadn’t begun to snow. The sudden layer of slush hardened slightly, dragged at the wheels and the plane lost velocity. It was running too slow for take-off, but too fast to stop before it reached the end of the runway. The Airspeed Ambassador smashed through a fence, clipped a nearby house, losing the entire port wing, and then ploughed fatally into a shed packed with tyres and fuel cans. The Munich Air Disaster killed twenty people, including seven of the Manchester United first team.

My parents hadn’t chosen a name for their number three child. Perhaps everyone was too distracted by events. On the Saturday, after leaving my mum in the hands of the midwives - for men did not attend births in Leigh, Lancashire in the middle part of the twentieth century - my dad had bumped into my Uncle Wilfred at the bottom of Bradshawgate. Wilf wanted to know how his sister was doing of course, and he wanted names. My dad didn’t have an answer for him on either question. Mum had been uncomfortable when taken to Firs Maternity a few hours back, but things might have changed, and as for a name... Well, my mum was hoping for a girl this time, (in fact she was expecting a girl, though I don’t know how as ultra sound wasn’t available) and naturally she had a few ideas. My dad, I think, would have been happy to go along with whatever she picked. They hadn’t prepared at all for the alternative. A third son was a bit of a surprise.

I’m glad they didn’t go for the obvious. Perhaps it’s unlucky to name your children after poor souls recently departed. So I’m not Roger or Eddie, Mark or Liam, Tommy or David or Geoff. Not even Duncan though he struggled on and became a national hero for another 12 days before he died.
No, it’s better to be named for the last uncle your dad bumped into on the street. Let’s call it a fortuitous meeting. It wasn’t a popular choice in a time of Peters and Andrews and Phillips, but I must say  I’ve mostly enjoyed being the slightly odd Wilf.

Looking through the Wiki entry I see that my year of birth was a pretty good one for literature. Pasternak won the Nobel Prize, we were blessed with the first publications of Darling Buds of May and Breakfast at Tiffany’s, alongside Balthazar and Our Man in Havana. The titanic Yertle the Turtle carries them all on broad shoulders.
I’m ashamed to say I have never sought out the great science fictions and fantasies listed here - August Derleth’s Mask of Cthulu, L Sprague de Camp’s An Elephant for Aristotle and Jack Vance’s intriguingly titled The Languages of Pao.  It’s about time I did!

Oh the joys of the internet! I can tell you that Roddy Doyle arrived on the planet in May, Benjamin Zephaniah in April, and the ill-fated Veronica Guerin in July. As for me, if I can be mentioned in the same paragraph while not being on the same list, I took my first shuddering breath at 2.00am on xxxday xth February 1958.

Well that’s a start. Might take a while to get to the here and now. 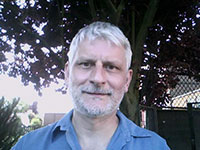