The Death of
Johnny Ball

If you don’t recall Johnathan Ball, he was one of two children killed in the Warrington bombing of 1993. Johnny was only three years old, Tim Parry was twelve. I remember Johnny’s father, Wilf Ball, describing his son as “My beautiful angel.”

This poem is nothing. Not really a poem even, merely another cry of outrage, merely another plea. If only those boys plotting their atrocities would just unblock their ears for once, listen to all the world crying and make that decision to stop.

The death of Johnny Ball

Will you just stop!
Will you put down those guns,
Take a walk through the hills,
Find a lake
And drown your hate;
Or dump the whole lot:
The bombs and the rifles,
The confused ideology,
Dump it all in the sea
And say:
"I have done with that."

Life is too short
To make it shorter.
What do you think you have to gain?
You'll say you've wrongs to right,
A history to answer,
A pledge to fulfill.
Will you just stop
And take a look around:
At the legacy of hatred and 'cause'.
Revenge rules only a province of death;
Is that where you want to live?

What was that?
A fight against oppression?
You'll be telling me next the Mafia's socially concerned,
Brings prosperity to the downtrodden.
Some fine help they give.
Believe it:
You boys just melt away,
And see how quick the soldiers leave;
We can sort all the rest after,
So please don't trouble yourself.

Your grandfathers, I’m told,
Were heroes of the Republic.
I don't doubt it:
I'm sure they had reason,
I'm sure there was right.
Do you really think they would support you now?
Support your intention?
Support your campaign?

Will you just stop,
Take a walk,
Find a lake
And as you ponder the depths,
Just ask that shadowy figure,
looking back with steady gaze
At you with your head in dark clouds,
If he will ever forgive
The killing of fathers and mothers,
The killing of sons and daughters,
And lovers by the pair,
And for all the tears you made
In that quiet man's eyes
For his lost, beautiful angel.

There could be so much brightness
If you allowed it.
So, don't you give me 'the need for a political solution.'
The answer,
The responsibility,
Is in your soul and no other.

Chase and Catch
(a life of Cleo)

Beyond my fence
the barley rolls and quivers,
but not with that tell-tale wake of fleet foot.

Summer is up: abundance on show:
the trees are doubled, and verge becomes forest;
green nature explodes skyward,
transforming bare earth.
And all is noise of life in tree
and sky and quick-slapped thigh.
Birds call their many needs:
look: finch and tit and thrush,
blackbird, crow, the cuckoo still
sings his own praise;
black bird, brown bird, gold bird:
there are songs of every colour.

And over all the knowing Sun
shines benevolence,
pleased to have brought this on,
grinning, malevolent.

The air warms a promise of happy days.
In gardens hoses twitch and charcoals
glow and flame with a sizzle of gluttony.
Inside, Cleo sits among plates of rice and potato salad,
entranced by a bowl of crystal, cold and clear,
filled with the glitter of fins:
a temptation of delight,
an enticement until shooed.

But outside
there is so much more:
birds fly, and mice run,
and coots ride water.
Outside,
below her post across the fields,
a flicker of grass is hidden treasure,
and the tell-tale splashing - oh
they move so quick,
but not so fast as she:
white devil of chase and catch.

Some prey have weapons of defence:
reckless biters can be bit,
a frog-like skip may take her eye
but the curious toad’s best left.
Rabbit babies, though, have none,
duckling, chick, nor butterfly - Oh,
too aching bright to leave,
all dance and dip and tease.

And when her daily tally is full
she darts back in with gifts,
she speaks bright notes of query
or a tearing tale of her day done;
she claims a friendly hollow
between the two that love her most
who stroke and praise and listen for
her rumble of safe content.

And days pass by
the same, and same
the winters come and go;
years journey through our lives.
Her happy curse: she never loses,
year on year, the singing joy of hunt...

In the field there are other predators.
Not alone the sparrowhawk and owl:
larger, weightier foes lie in wait,
they set their traps and snare,
snare whatever passes by:
whether quarry or stray or
the occasional heedless devil.

I survey the calm beyond my rural fence,
my hand rests upon her point of vantage.
Summer growth masks many traumas:
Somewhere, out there, fox bit,
goose pecked, drowned or throttled,
a skin of white fur is torn for carrion.

The following piece is based on a true story. At the time I was struck by not only the appalling consequences of ‘a bit of a laugh’ but by the prolonged public debate about the ‘stupidity’ of the boy involved.

The boy who murdered his youth

Imagine the tears
in that house full of fear;
imagine the pain,
the gut-wrenching shame:

While down on the streets
and down in the square
the neighbours all meet
and speak harder words
than most of them dare
about what they should do
to the evil boy who
has caused all the pain
in that house full of shame.

"Oh what have you done
you stupid stupid boy?
You've murdered us all,
my once pride and joy."

Imagine the tears,
imagine the shame,
imagine the fear
as their pride and joy claims:
"It was just for a laugh."
when she died all the same.

And down at the pub
and outside the school,
the parents debate
the motives that ruled
this villain so cruel
and governed by hate,
who threw from the roof
a slab of great weight

and murdered his youth.

And up in the dock,
as the gallery glares,
the tick of the clock,
and the step on the stairs
that lead to the cells,
seem to count out an age

to the small boy who stands,
with his mum and his gran,
for the words of the judge
and his terrible tale
of a heinous crime,
committed last year
by this stupid boy who
caused such hideous pain
i
n that house full of fear,
in that house full of shame.

His only defence:
"But you sent us to play!"
evoked no response
and they sent him away. 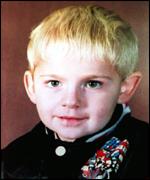